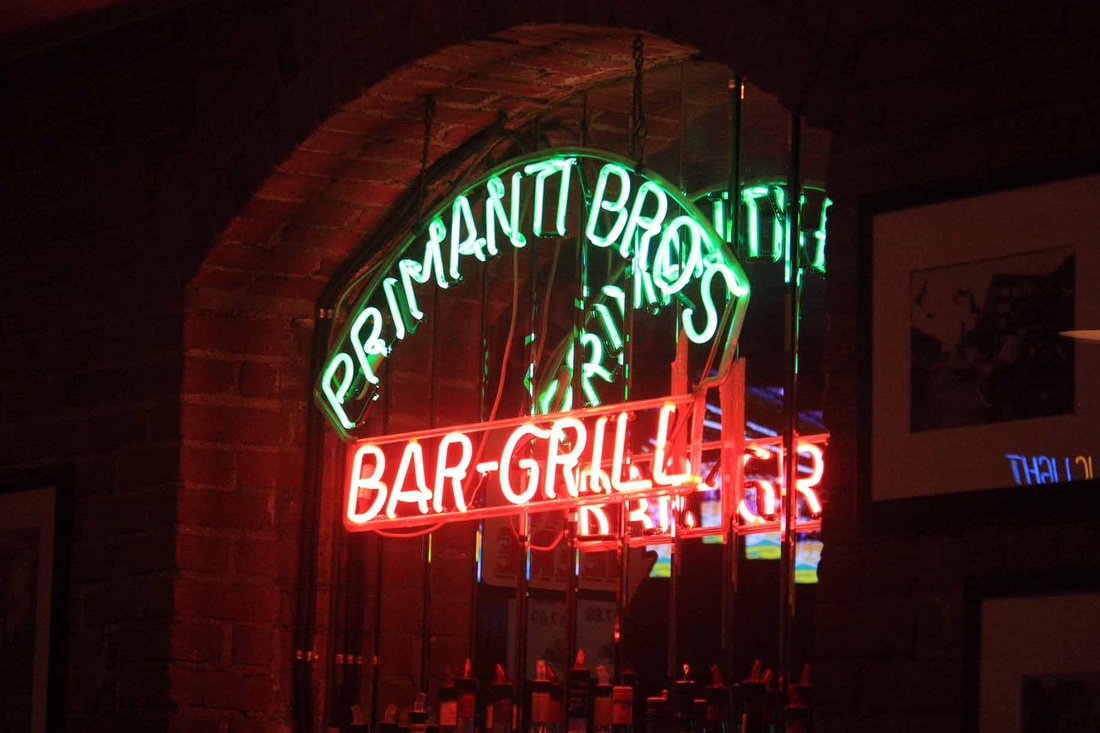 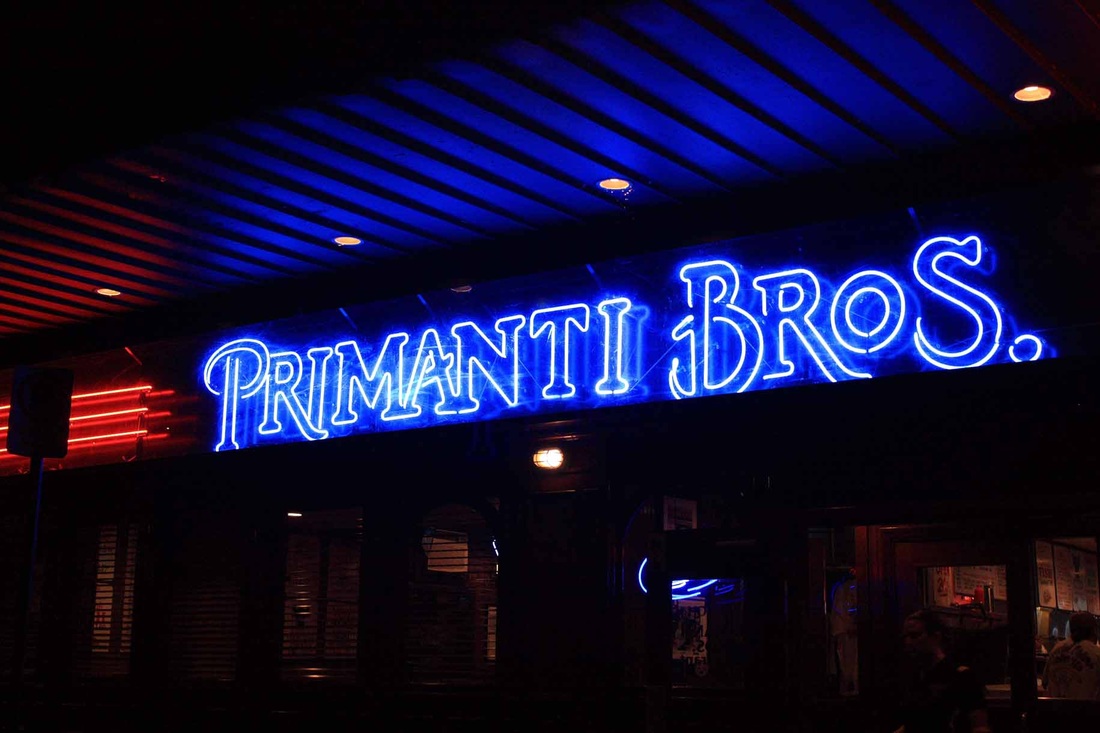 Directly from the Primanti Bros. webpage.....
Back in the 1930's, Joe Primanti opened a cart in the Strip District selling sandwiches to truckers on the go. It was decided that he should expand to a small restaurant on 18th Street. The hours were 3am to 3pm to accomodate truckers and the like. His brothers, Dick and Stanley, joined him along with nephew John DePriter who was the cook.

According to John, "One winter, a fella drove in with a load of potatoes. He brought a few of 'em over to the restaurant to see if they were frozen. I fried the potatoes on our grill and they looked pretty good. A few of our customers asked for them, so I put the potatoes on their sandwiches." And the rest is history. The Primanti Sandwich: a true taste of Pittsburgh.

Joe moved to California in the 40's for health reasons and the tradition continued on for 30 years with Dick, Stanley and John.

With the passing of Stanley in the early 70's and John in 1974, Dick decided to sell the business.

Jim Patrinos bought the business in 1974 and re-opened in 1975 after minor modifications to the existing property. With the business flourishing and the original location expanding to 24 hours, Jim decided to open more locations. The second Primanti Bros. location was in Oakland near the University of Pittsburgh. Business took off with hungry students and doctors in the area, so expansion was on the horizon again, adding Cherry Way (downtown Pittsburgh), South Side, Market Square and, in time, Three Rivers Stadium.

In 1998, Primanti's started growing into the suburbs of Pittsburgh while expanding the menu. Pizza, wings, salads and more were added to the "Almost Famous" Sandwich menu.

Three Rivers Stadium went out with a bang in 2001, so Primanti's (ever the sports fans) set up shops in the new venues: Heinz Field and PNC Park. 2010 brought opening of Consol Energy Center; you can get the Almost Famous sandwich during Penguins' games as well as other concerts and events.

Primanti Bros. locations now include 17 restaurants in the Pittsburgh area and 3 in Florida.
http://www.primantibros.com/04history.html