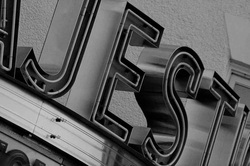 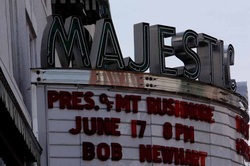 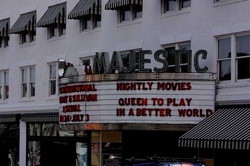 Making the Majestic, Majestic Again! The Gettysburg Majestic Theater Renovation Project is a visionary partnership of the Commonwealth of Pennsylvania, the Greater Adams County community and Gettysburg College who purchased the building in 1992 as part of its long-term commitment to the revitalization of downtown. The partnership's bright vision for the Majestic's future is the result of a three-year feasibility study that documented the community's needs, and involved more than 200 community members who provided information and guidance through interviews, workshops, and correspondence.

The bold mission of the Gettysburg Majestic Theater Renovation Project:

In 2003 and 2004, a team of leading national experts in theater design and historic restoration conducted exhaustive research based on archival photographs, original architectural drawings, and on-site investigation in order to recreate the auditorium's 1925 opulent atmosphere. The construction project also modernized the theater's backstage production facilities, brought life-safety systems up to code, and vastly improved patron amenities. The total cost of the construction project was $16.5 million.